My fight on video 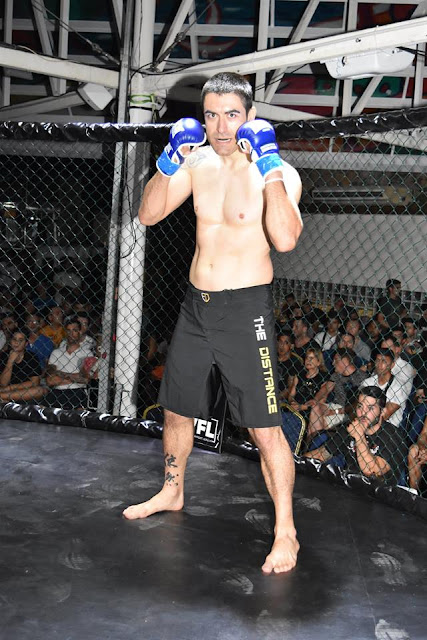 First of all, thank you to all my partners in Budokan Castellón who helped me prepare for the fight, thanks to Pedro, David, Xufei and specially Sensei Josep Florido for coming with me and helping me on fight night.
Also, thanks to VFL for having me in this event.

I would also thank my sponsors, but... 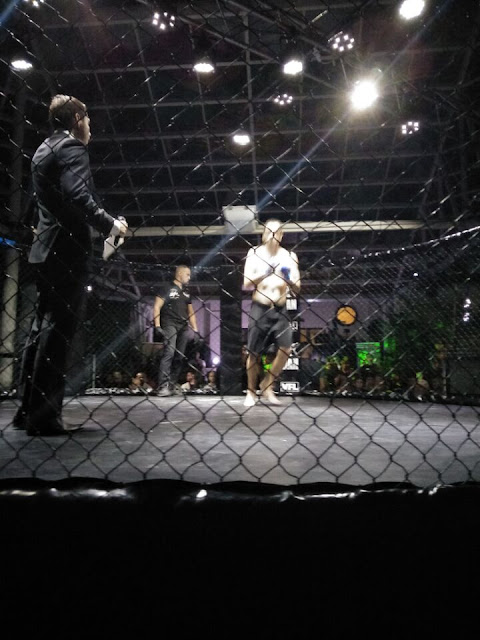 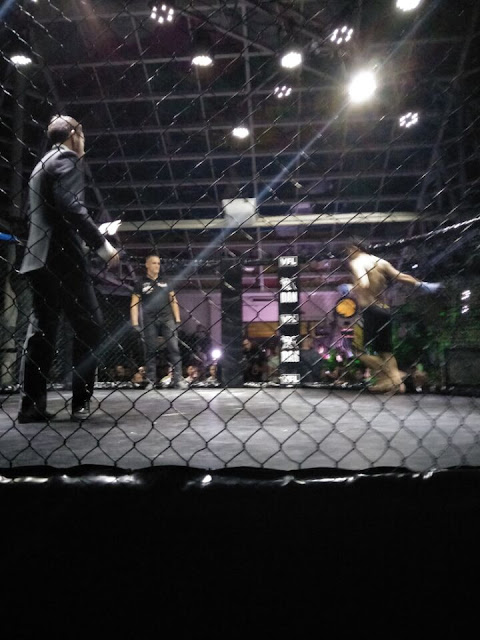 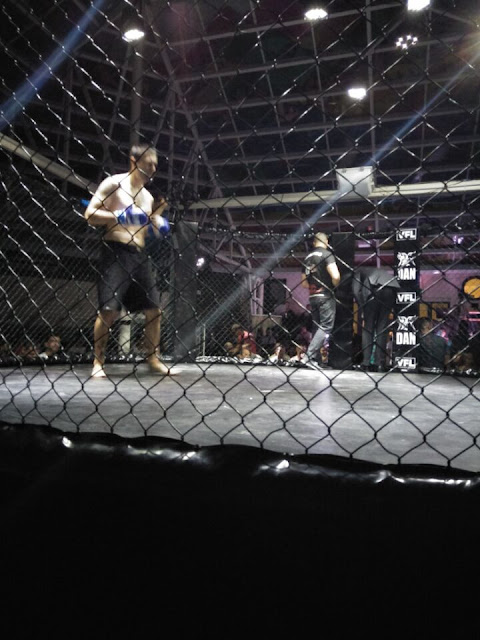 Waiting for an opponent. 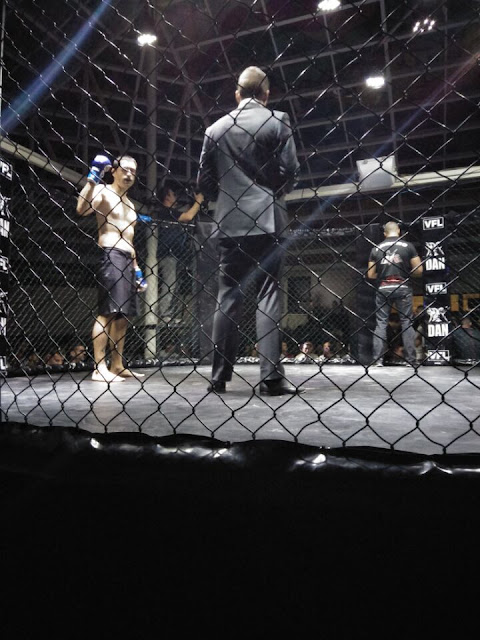 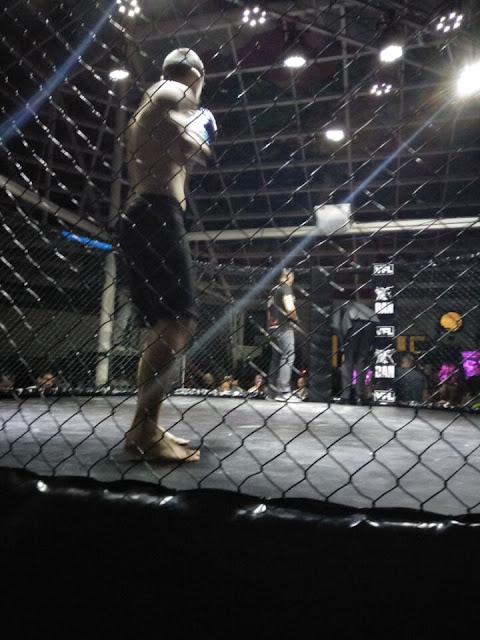 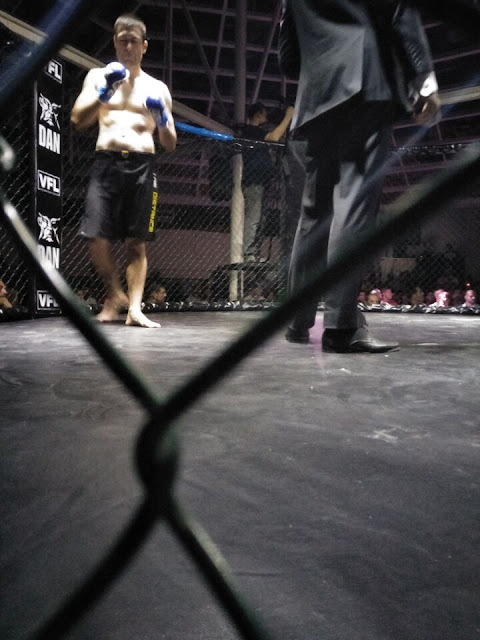 Thinking of the tactic. 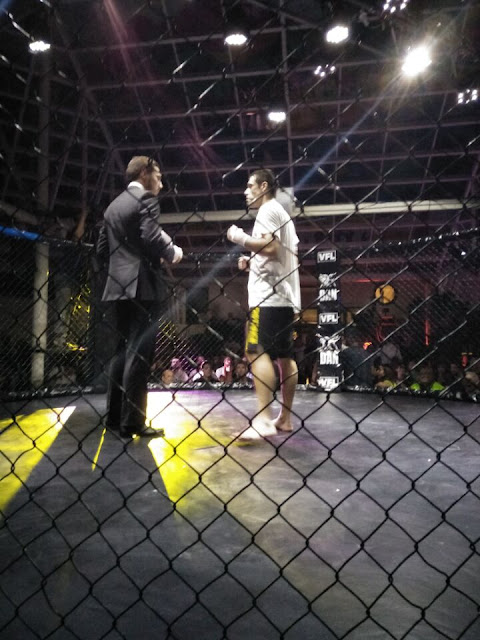 Where are my gloves?

Well, the experience was amazing!
I got to fight in a cage, in a nice promotion, against a very strong guy and then got to walk home unharmed, sure of having given all I had inside, that was not much.
I gassed out too soon and could not play along very well.

But it doesn't matter. The other guy, Fabio Wellinton, was more experienced, stronger and did a better fight. He was a nice guy before and after the fight and that is important too.

Oh, yes, he won.
I had a chance of finishing the fight on the first round when I locked that kesa gatame, but could not finish it.

Now, time to get on the gi, return to my kata and learn from the experience to make my Karate grow stronger.

There is a Jion bunkai video in the works.
Soon. I promise.

Popular posts from this blog

A rainbow of choices 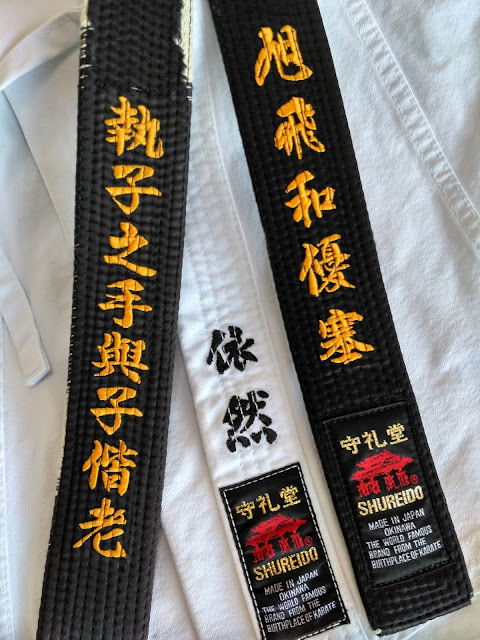 Let's talk about something really trivial now: What colour should the embroidery of my belt be? First, let's start with the most common one: golden brown (金茶, in Japanese): This is a belt that was gifted to me so the content of the embroidery is kind of unusual but the picture will show the colour I am talking about. Beautiful and classic, right? So, what other colours are acceptable? By far, the two next more common colours are red and white: (red one is mine too) All the other colours have really few adepts but I have seen a blue one, a green one and a pink one: (it is pinker in person) You also can choose a metallic gold or silver threat: Considering getting a silver one soon... if not pink! And you can choose to get kanji and/or katakana (or hiragana) embroidered, but also common letters: Or you can just go crazy and get a multicolour multifont belt, like this one: Cool, uh? And what about rank strip
Read more 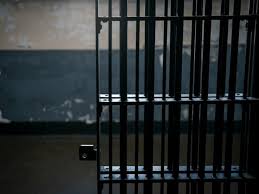 No, I did not end up in jail, but because this blog is about self-protection I thought I might share this video I found on youtube: This guy looks sincere and gives some good advice. I hope none of my readers is committing crimes, but anyway, good advice for anyone about nasty situations. Give it a thought. Josh from Lockdown23&1, if you wanna check it out. @practicalkarateagain in Facebook josep_cla in Instagram josep_cla@hotmail.com
Read more 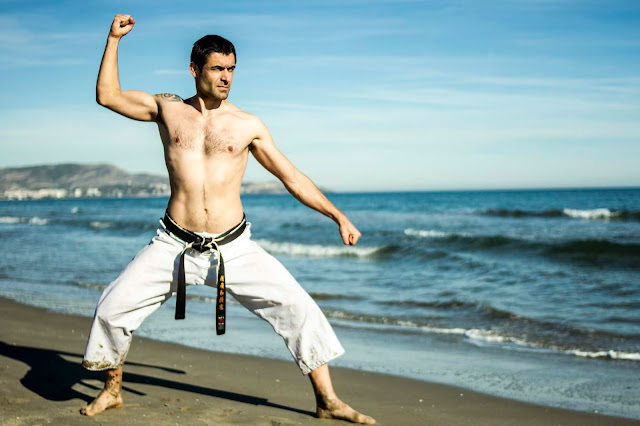 Hello pals. Today I bring you my last project, a video I shot with my friend, karateka , producer, camera-man, director... that did not like the result and wishes to remain anonymous. It is a one-shot bunkai where I try to show some ideas that can work with this wonderful kata (my tournament kata , by the way). It did not quite show my ideas in the way I thought it would, but anyway it took many months to produce (people are busy) so I decided to nevertheless make it public. It has grappling, striking and in-fighting so I guess it is quite varied. Have fun! Please, send me criticism that is constructive. I already see many things to improve. I firmly believe the ideas and techniques behind it are useful, but we showed them in a rushed and confusing manner. Sorry for that. PS: Don't forget to check my other bunkai  in this blog: Tekki/Naihanchi Nijushiho Uke ideas PS2: We made it to the front page! Yuzenkai @practicalkarateagain in Facebook
Read more

Josep Claramonte
I started Judo when I was six, switched to Karate in University (where I studied Psychology) and I love playing guitar!